We speak to Steve Sommerfeld, Chauffeurs Manager, about his time spent in Ukraine helping injured animals caught in the war zone. 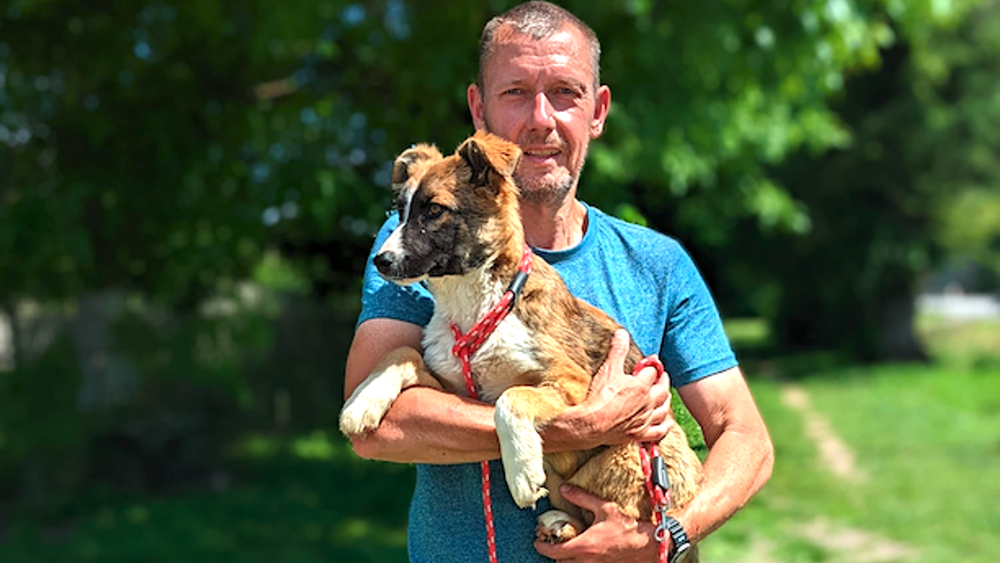 A few weeks ago, a Ukrainian woman called Irina received news that her home had been shelled by the Russians. Some of her dogs were lost in the attack, some survived, while others were badly injured.

There were warnings that Russian soldiers had planted IEDs in the fields surrounding her burned-out house, but Irina walked through a potential minefield and helped her dogs to safety.

She did this twice.

The second time, a shell landed nearby and Irina took shrapnel in her wrist. Yet she soldiered on, undeterred.

Her dogs were taken to a compound south of the capital, Kyiv, where Steve Sommerfeld was volunteering with animal welfare organisation, Breaking the Chains.

“She’s a very inspiring woman,” he says. “Her story is symbolic of what's happening there at the moment. The Ukrainian people will not be terrorised.”

So how did Steve get involved?

“I was sitting there glued to the TV watching the horror in Ukraine unfold, and although my wife and I were donating to charities, I knew it wasn’t enough,” he says. “So when I eventually crossed over the border into Ukraine I didn’t feel afraid – I felt the right thing to do.” 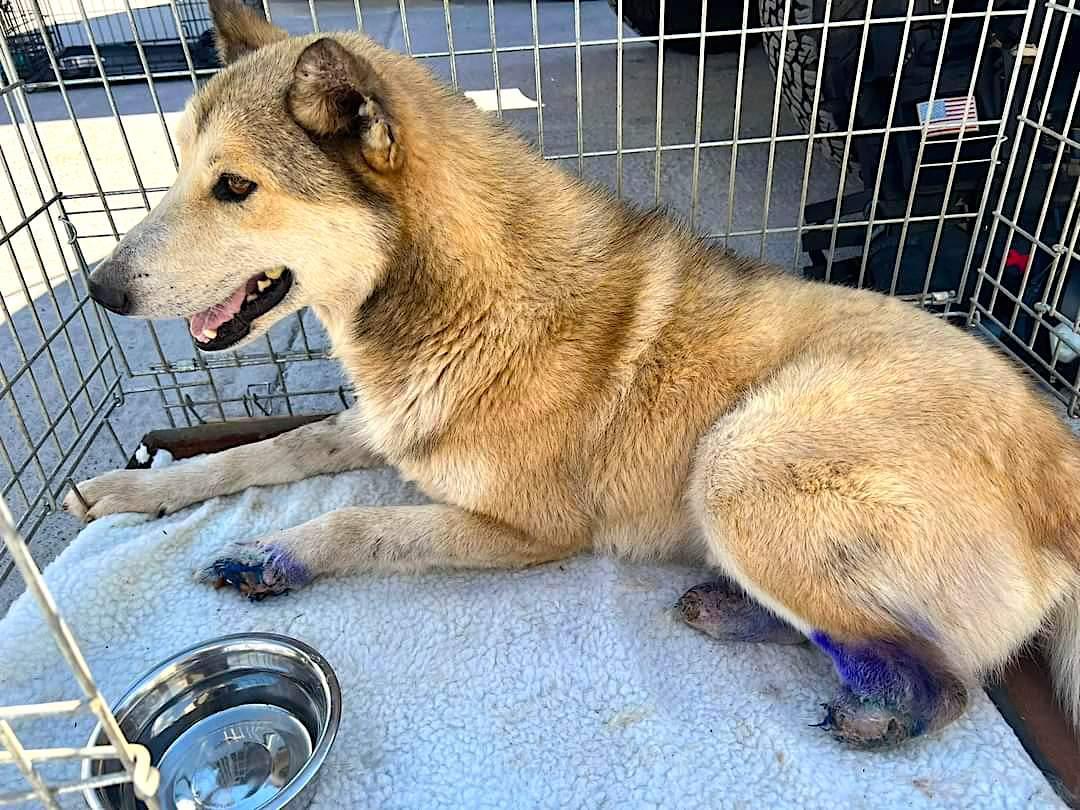 So far, Steve has volunteered twice in Ukraine, the first time for almost two weeks in April, and a second two-week stint in May.

He says the organisation is very strict about who they take over, because what they are doing is extremely dangerous.

“They needed people who are militarily experienced in warfare," he says. "You’re essentially rescuing animals from the front lines.”

But they also needed builders, plumbers, and engineers – as well as people they could trust to transport vital supplies the length and breadth of Ukraine, which is similar in size to France.

Steve, who did an engineering apprenticeship and is a dab hand at DIY, had the skills they were looking for – plus the driving knowhow.

“On my first trip, they were still operating on a shoestring budget but we managed to build an emergency dog shelter,” he says. “It was a really rewarding experience, but also quite heartbreaking as well.” 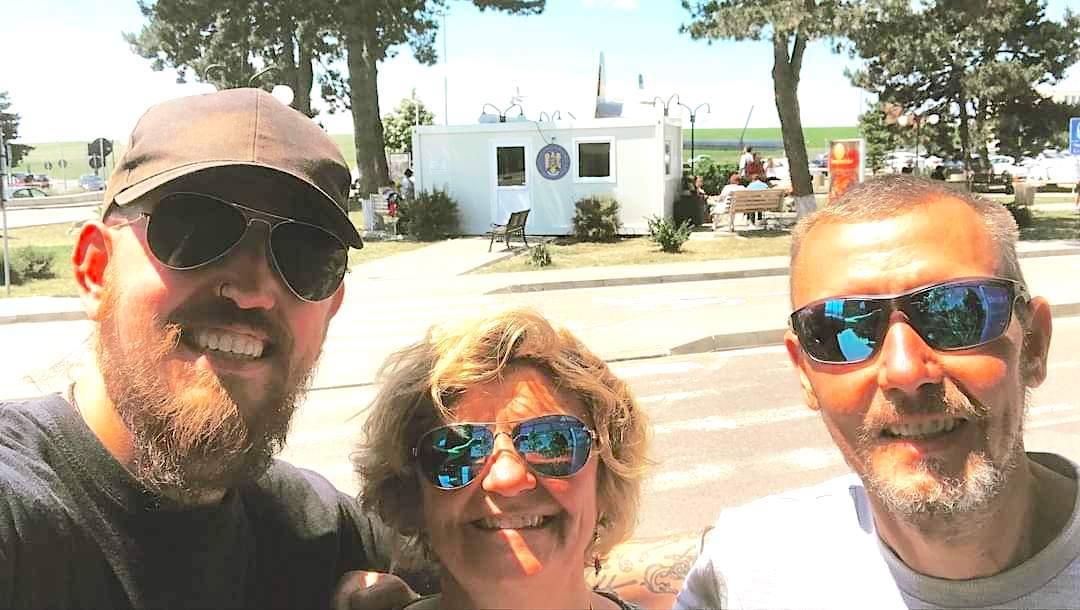 When Steve returned home he saw another shout-out from Breaking the Chains – “more a cry for help this time” – asking for volunteers to come deeper into Ukraine.

“I went to my line manager and said, ‘I know I’ve only been back two weeks but they need help desperately, can I go again?”

Steve says the support he received has been amazing, especially from Christopher and Marshall Chief Executive Officer, Kathy Jenkins.

“They've really helped me,” he says. "My department is quite busy this time of year, but people in my team literally did their job and mine while I was away, which I’m extremely grateful for.”

On his second visit, the Russians had focused their attention on the Donbas region, which meant Steve could cross the border into Ukraine without too much danger.

However, the recent bombing of a shopping centre in Kremenchuk – just a half hour from where Steve was based – underlined the fact that the risk was ever-present.

How did he cope with it? 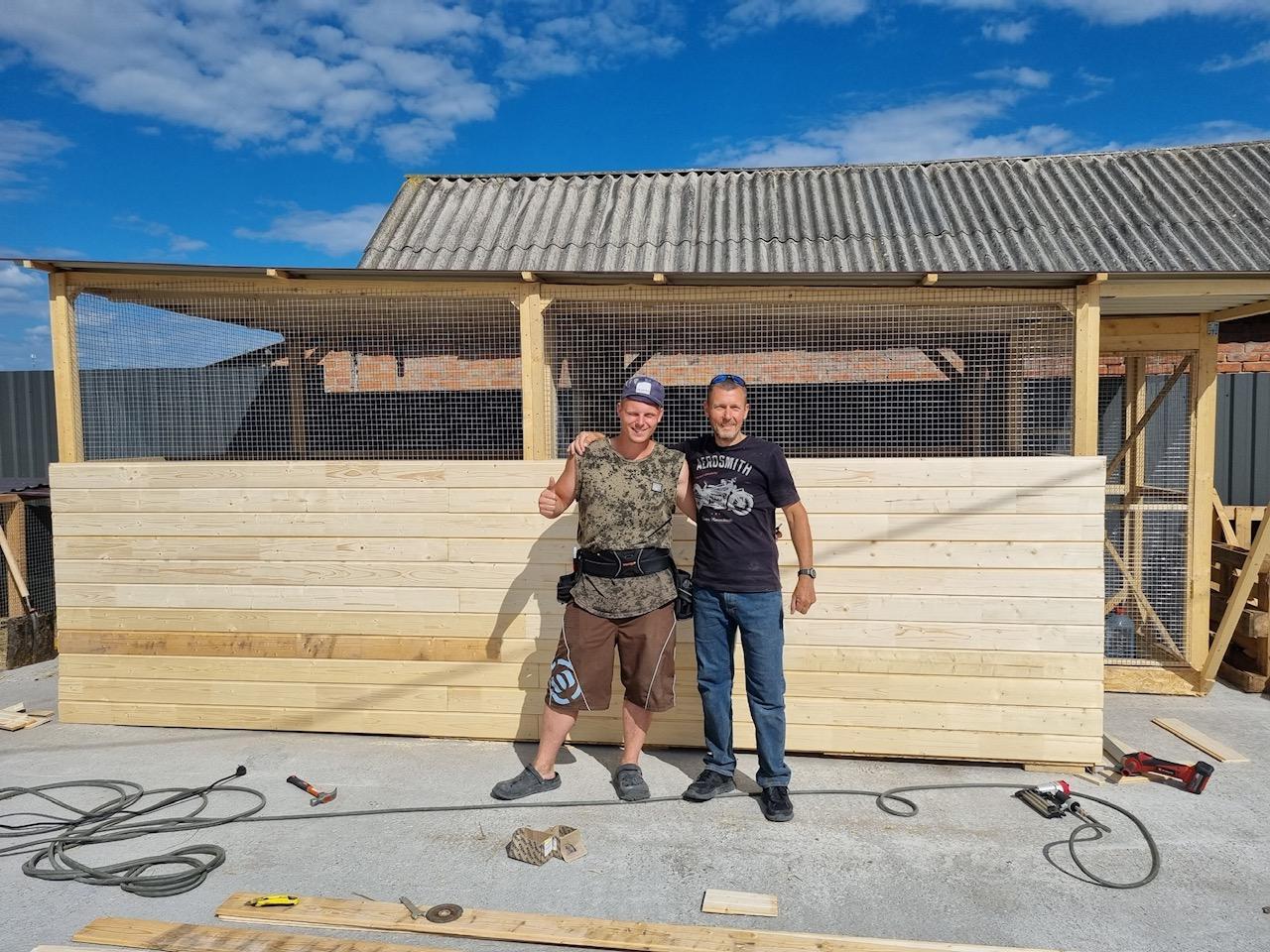 His daily activities included several clandestine “fuel foraging” missions during the country’s ongoing fuel shortage crisis, as well as helping the injured animals at the compound.

“One day, the extraction team brought back 35 cats but had no place to house them,” he says. “They asked me if I was any good carpentry and how long it would take to build them a cattery.”

Steve built a huge cattery from the ground up in just three days, with help from Ukrainian volunteer Ivan.

He says the condition of some of rescued animals can be very distressing – bleeding, melted fur, missing limbs – but a system is in place to help the severely injured as quickly as possible, even if that means setting up a makeshift operating theatre in people’s living rooms.

“The team is going into incredibly dangerous situations but they are very careful and knowledgeable,” Steve says. “The risk assessment is done with military precision; it’s a high-tech process.”

But they also have to make tough decisions.

“Sometimes, it’s simply too dangerous,” Steve says. “Then it becomes a question of whether the team gets killed saving 50 dogs, or stays alive to save 5,000 dogs.” 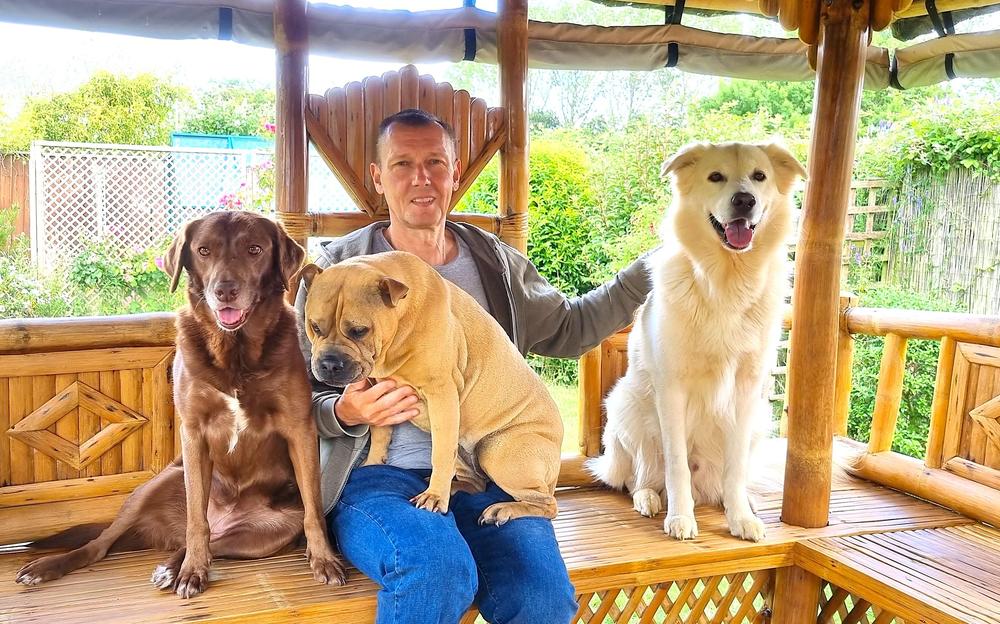 Steve says a process is now underway to reconnect pets with their owners via an online image bank which Ukrainians can access.

Presently, there is huge interest in the UK from people wanting to re-home Ukrainian animals.

However, the importation of cats and dogs from Ukraine, Belarus, Poland and Romania has been currently suspended, because all four countries are deemed as high risk for rabies.

In recent days, Ukrainian civilians have fled the frontline city of Slovyansk, which can only mean more help will be needed.

Will Steve go back again?

“Well, I’ve already used up my four weeks annual leave so I have to be realistic,” he says. “But I’d love to go back, only this time I’d like to do more driving and hopefully help with the extraction process.”

What does his wife, Nadine, think?

“Secretly, I think she’s terrified. But she also sees why I really feel I need to go.”

Steve and Nadine, both animal lovers, have five rescue pets at home – three dogs (Amber, Daisy, and Beau) and two cats (Bailey and Lola) – each with their own sad stories but now living the life and spoilt rotten.

Meanwhile, in Ukraine, Breaking the Chains has grown from two people in a Transit van to a large compound with 20 volunteers from all over the world, but they are still desperate for funds, sponsorship, and awareness.

For more information, or to donate, visit: breakingthechains.co.uk